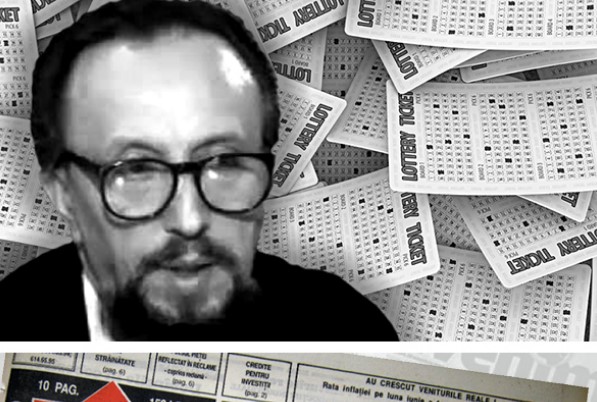 It is four times more likely that you will be hit by lightning than that you will win the lotto. Those chances do not appear to apply to Stefan Mandel, a man won lottery 14 times.

Mandel’s first two victories came in his home nation of Romania, when he was attempting to earn enough money to get his family out of the communist country.

His monthly wage was only $88 at the time. Then, he migrated to Israel before settling in Australia, where he won the lotto 12 times more.

The Story of A Man Won Lottery 14 Times

Before winning his first lottery in the 1960s, Stefan Mandel spent more than a decade investigating mathematical theories.

Making A business Out of Lottery Winnings

Mandel moved to Australia after four years of wandering throughout Europe, and he set out to play the lotto in a new way.

A set of numbers inside a particular range (say, 1-50) is randomly selected in a lottery; if yours matches in any sequence, you win the prize.

The amount of possible combinations of these numbers, which is typically in the millions, determines the chances of winning.

However, Mandel noticed something: in some lotteries, the jackpot would rise to more than three times the cost of purchasing every combination.

Imagine, a lottery needed six picks of numbers ranging from 1 to 40. This results in a total of 3,838,380 potential number combinations. Assume that same lottery had a $10 million jackpot.

Mandel could, in theory, buy a ticket for every single combination for $1 and be guaranteed a win, after taxes, a nice profit.

Mandel began by looking for lotteries where the jackpot has increased to at least three times the cost of purchasing all conceivable combinations.

Finally, he produced tickets for six US lotteries, including Massachusetts ($37 million prize to 9 million combinations), Arizona ($11 million to 5.1 million), and Virginia.

The lottery in Virginia had various benefits. It was still relatively new, allowing users to buy tickets in unlimited quantities and print them at home.

Most significantly, its numbers ranged solely from 1 to 44. (other states went as high as 54). This meant that there were “only” 7,059,052 viable combinations with 6 selections, as opposed to the normal 25m+.

Six Advices from Mandel in Lottery

Here’s the 6-step strategy Mandel used to make a lot of money from the lotto.

Calculate the total number of combinations possible. (For a lottery in which you must choose six numbers from 1 to 40, this equates to 3,838,380 possible combinations).

Look for lotteries with jackpots that are three times or greater the variety of possible combinations.

Raise enough money to cover the cost of each combination. (Mandel gathered 2,524 investors for his effort to win the Virginia lottery).

Print millions of tickets in every possible combination. (This was formerly lawful. You’d have to buy the tickets from the store now).

Deliver the tickets to authorized lottery dealers that you have gathered. It is very useful for the game.

Win the cash prize. Don’t forget to repay your investors. (After winning $1.3 million in 1987, Mandel collected only $97,000).In conclusion, the history of Mandel’s winnings is kind of difficult. He did so many things to become a man won lottery 14 times. Will you be the next Mandel? Yes, you have to!.